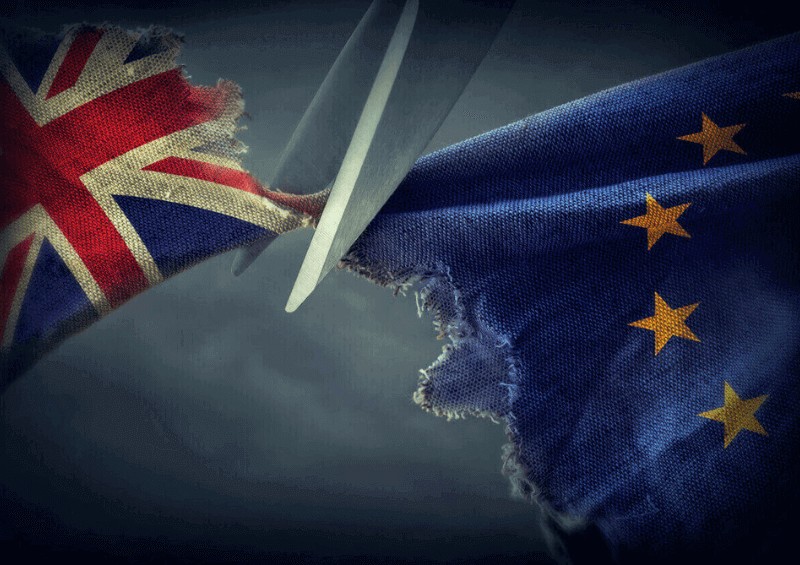 Of all the industries affected by Brexit, the car industry has to be one of the largest and most vocal.

Already, the impact of Brexit on the automotive industry has included hundreds of job losses as factories move production away from the UK, and the threat of massive surcharges – Porsche have already introduced a ‘precautionary’ tariff of 10% on their cars in anticipation of Brexit, adding ten grand onto the price of a 911!

It’s not just about how Brexit will affect imports and exports, however. The Brexit consequences also mean that every motorist looking to drive on the continent will need new paperwork and have to go through extra checks.

In this article, we will look at the impact of Brexit on motorists, British car manufacturers and UK car imports from the EU.

New requirements for all UK drivers when driving abroad after March 29th, 2019

The government has outlined the new procedures and paperwork that will be needed to drive in the EU after Brexit.

Getting an International Driving Permit (IDP) – what paperwork do I need to be able to drive abroad after March 29th?

You will need an IDP to drive in non-UK countries following Brexit in the case of a no deal outcome. In theory, this is easy and done at the post office for a £5.50 fee – however, in reality, it is more complex due to different countries accepting different permits.

The 1949 IDP is valid for a year, where the 1968 permit remains applicable for three years. In many cases, if you plan to drive in Europe, it is worth getting both permits before you travel.

The permits required are:

Luckily for those visiting the Republic of Ireland, Ireland do not require an IDP for driving there and your UK licence will remain valid post-Brexit.

Remember – the permit does not replace your standard UK driving licence which must be valid and still carried with you throughout your trip.

Driving licence for ex-pats living outside of the UK – do I need an IDP if I live abroad?

If you live in an EU country and have been enjoying the use of your UK-issued driving licence, you will need to apply for a local licence in the country you live before March 29th. While the UK is still a member of the EU, it should be simple to exchange your British licence for a local one relevant to the country you live in. But after March 29th, you will have to take a new test.

An IDP is for temporary use while you are visiting a foreign country and cannot be used by ex-patriots living abroad, so does not constitute an alternative solution.

If you choose to return permanently to the UK, you will be able to exchange your EU-issued licence for a UK one at that time.

In the event of a no deal Brexit, car insurance that is currently valid on the continent will no longer cover you if driving through the EU and you will require a ‘green card’ extension of your insurance to legally drive abroad.

You obtain a green card from your insurers, but they can take a month to issue, so be sure to apply well in advance of your intended travel.

Do I need a green card if I am hiring a car?

Hiring a car comes with its own insurance, provided by the hire company. If you hire a car in the EU, then it will be properly insured in all EU territories and you will not need a green card. However, if your car has been hired while in the UK and taken abroad, then you will need the green card extension and should talk to your car hire company in advance of the travel about this requirement.

Do I need a green card in Ireland?

Although the Republic of Ireland does not require an International Driving Permit to extend your driving licence, you will need a green card in order to maintain proper insurance cover in the area. So, if you are travelling south from Northern Ireland (where your standard licence and insurance cover you in full), you will need a green card once you pass into the Republic of Ireland.

Driving a leased car abroad – are there any changes?

Driving your leased car follows the same rules as any car you own. You will need to ensure you have the correct IDP and green card for your insurance.

In addition, when driving your leased car abroad, you need to prove that you have the right to take it out of the country. This is done through the VE103 ‘Vehicle on Hire’ form which you must request from the leasing company before your trip and keep with you throughout.

More information is available on our article about driving your leased vehicle abroad.

How will Brexit affect the car leasing industry?

With the level of uncertainty that surrounds Brexit, coupled with the threat of greater costs when buying vehicles, many people are turning to car leases to provide a sense of financial stability in rocky times.

UK car leasing is seeing positive growth from Brexit, with more people than ever seeing the advantage in spreading the cost of car ownership – and no wonder. Car leasing provides the perfect solution to any worry for sudden depreciation or a change in exchange rates, especially when considering cars that originate on the continent.

Will car leasing be affected by Brexit?

Car leasing provides strong and safe financial security when you are looking to drive a new vehicle but may still be affected by supply chain problems and supply and demand issues. If you are planning on leasing a car to take you through the next few years following Brexit, then it is advisable to start the process soon to guarantee you the car you want without suffering a waiting period.

How is Brexit affecting other parts of the car industry?

Many manufacturers are making the move to take their production out of the UK following Brexit, with some companies already initiating a complete close down of factories, and others suggesting a temporary shutdown following March 29th in order to stabilise will be necessary.

Fears that the supply chain for imported car parts coming into the UK will halt immediately following March 29th have given German car manufacturers BMW reason to move their annual summer shutdown at their Oxford Mini plant to April – a worrying move for over 4,000 workers. Similarly, Rolls Royce are considering a similar strategy, unwilling to attempt to work through a period of chaos.

Similarly, Jaguar Land Rover have been vocal in speaking out against a no-deal Brexit, with 4,500 jobs already lost and further shutdowns coming.

The complexities of multiple factors – car industry changes and Brexit

Other changes that have come recently, such as Nissan’s decision not to manufacture the X-Trail in the UK, cannot be blamed fully on Brexit. Other factors, such as global plans to lower emissions and look to electric vehicles rather than traditional diesel or petrol models, and new trade agreements between the EU and Japan all have an impact.

Brexit is simply one cog in a very complex whole that is making the UK look less than appealing to international car manufacturers than it once did – it is certainly having an effect but cannot take sole responsibility.

The real impact for car ownership – what will the future be like for buying and leasing cars?

The Society of Motor Manufacturers and Traders (SMMT) suggest that import tariffs alone following Brexit could push the average price of a car imported from the EU up by £1,500. This has an impact on both those who like to buy their cars as well as those leasing – thankfully, the impact to leasing will be lower, but a price increase on cars across the board in the UK is likely.

Repairing cars is also going to see a cost implication. With the import of car parts likely to take longer and suffer increased tariffs, delays in car repairs, as well as higher prices, could affect car ownership across the UK.

Thankfully, leased cars rarely find themselves at the business end of a socket set, coming from the dealership with a warranty that covers the length of the lease, and that reliable nature that is part of driving a new car.

How do I get a new car lease?

Give us a call at Complete Leasing today and we can arrange for you to get your lease in place before Brexit – giving you low fixed costs and putting those Brexit worries behind you!